The COMPANY’S CORPORATE OR BUSINESS PROFILE 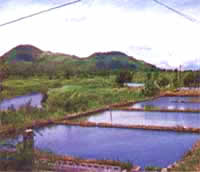 During the next decade, an aggressive development program was initiated to increase Chemphil's interests particularly in detergent chemicals. The first new venture was LMG Chemicals Inc. (LMG), which was incorporated in 1970 to become the pioneer company to produce alkyl benzene in Southeast Asia. This project brought in its first major foreign investor when Tomen Corp. then known as Toyo Menka Kaisha, Ltd. of Japan took a significant equity position in LMG. 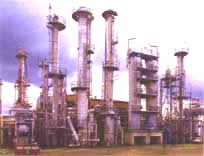 In 1971, Polyphosphates Inc. (PPI) was established. Under the government's Investment Incentives Act, it became the pioneer manufacturer of detergent phosphates in the ASEAN region.

The Group's real estate interests were organized under Amarem Realty Corporation (ARC) in 1975. The Chemphil Building was constructed in Makati the following year to be the Group's headquarters.

In 1980, Albright & Wilson of UK, one of the largest chemical companies in the United Kingdom purchased 40 % of PPI and entered into a Joint Venture agreement to develop the detergent phosphates industry in the country.

During the 1980's, Chemical Industries of the Philippines reorganized and rationalized its manufacturing and investing activities in their respective corporate structures. The sulfuric acid manufacturing and related-activities - were lodged under a new corporate structure under the name of Chemphil Manufacturing Corporation (CMC) incorporated in 1981. (In 1988, CMC and LMG were merged to form Chemphil-LMG, Inc. (CLI) and later changed its name to LMG Chemicals Corp.)

CIP was left as a parent company of what is now known as the Chemphil Group of Companies - (Investment Division) and as the provider of shared services (Management Division) to the Group. However, in 1989, CIP absorbed the agribusiness activities of ESGAR and took over the real estate assets of AMAREM through a series of mergers.

In 1989, Chemical Industries of the Philippines ceased to be a 100% family- owned corporation. Corporate stockholders acquired the shareholdings of individual family members. These are, respectively, Chemholdings Corporation, Philippine Indochem Corp. and Chemphil Export and Import Corp. 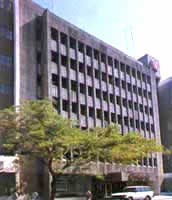 In March 1993, CIP saw the establishment of Perfumeria Española Corporation (PEC). Today, the joint venture remains solid between Chemical Industries of the Philippines and Perfumeria Gal S.A. of Spain. With the entry of PEC, a whole range of personal care products of Perfumeria Gal, were added to the world famous 'Heno de Pravia,' which was taken over by PEC from the erstwhile Philippine distributor of GAL.

In the mid-90's, the Chemphil Group embarked on another first. Along with a number of industrialists and investing companies. Jointly, CIP, LMG and CAWC - the Chemphil Group - is now a significant investor group in Petrochemical Corporation of Asia-Pacific (Petrocorp). Petrocorp manufactures polypropylene resins for downstream industries - such as the plastic manufacturers. Petrocorp - with its world-class polypropylene plant (built under a license agreement with BASF for its technology) is recognized by the government as a major flagship industrial project. Petrocorp ushered in the Philippine Petrochemical Industry.

In 1998, the latest joint venture company in the Chemphil Group came to being. CIP signed a joint venture with Kemira Oy of Finland. With the rationalization of and development program for the country's waterworks and sewerage systems - Kemwater Philippines Corp. (KPC) hopes one day to play a major role as a leading manufacturer of water treatment chemicals to serve this industry.

On 23 October 2007, the Board of Directors of LMG Chemicals Corp. (LMG) approved a resolution for the transfer of its properties as follows:

The purpose of the transfer is to consolidate the acid plant and tank farm operations into individual holding companies for better management and monitoring of operations.

It's worth emphasizing that both Chemphil Marketing Corp. and LMG Land Development Corp. are wholly-owned subsidiaries of LMG.

On 08 February 2008, the SEC approved and granted the request of Chemphil Marketing Corp. and thus, its new corporate name is now Chemphil Manufacturing Corp. (CMC). 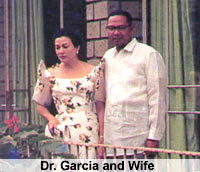 Born in Cuyapo, Nueva Ecija, Dr. Garcia graduated with distinction as Doctor of Medicine from the University of the Philippines in 1939. Even as a practicing surgeon, his entrepreneurial prowess was evident. A man of vision and keen business sense, he invested in various modest ventures, managed with the able assistance of his wife, Lourdes Mejia Garcia. From those initial investments and the business contacts they produced, there came a breakthrough for the Philippine chemical industry.

In 1951 , Dr. Garcia established a 30 metric tons (MT) a day sulfuric acid plant. The first of its kind in the Philippines, it proved to be a key contribution to the country's industrial and technological development. It also gives the company the distinction of being the pioneer of the Philippine chemical industry.

In the next twenty years, Dr. Garcia pursued an active program of development which saw Chemphil expand and diversify into major new chemical projects and other related businesses.

When Dr. Garcia died in 1976, he left behind him a group of companies whose dynamic growth had been achieved under his inspiration and leadership. In tribute to his entrepreneurial spirit, the Philippine Institute of Chemical Engineers presented a special award in 1976, citing Chemphil for its pioneer role and its continued effort in enhancing the development of the chemical industry. Dr. Garcia's corporate aims still guide the present management and policies of the Chemphil Group. 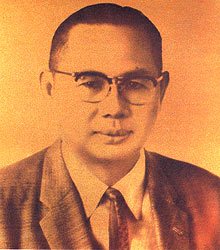 "We in Chemphil will push through our main objective: the production of basic chemical products of the highest quality for the use of the different Phillippine industries. We will contribute our share in economic development so that our children's children may find this country a better place to live in."